Government bodies at both the central and regional levels, as well as the relevant administrative bodies can often have a significant influence on the success of your business in Japan. Since they set the terms of governance in the marketplace and society, your relationship with them can be critical to achieving your goals. If your goal is to market a new and innovative product or service in Japan as a new entry or as an established company, successful government relations is essential for changing laws and regulations as may be required. With over 47 years of experience in Japan, Inoue Public Relations has extensive contacts and knowhow that enable us to get results.

But Government Relations is much more than knowing who to contact

Government bodies, politicians, and bureaucrats also have stakeholders, which include your competitors, their trade associations, as well as your customers. To succeed at Government Relations requires more than just bringing the right argument to the right persons within government. It also requires a strategy to deal with their many stakeholders, all of whom will have built up strong relationships, a deeper understanding of which can be seen from the following diagram. 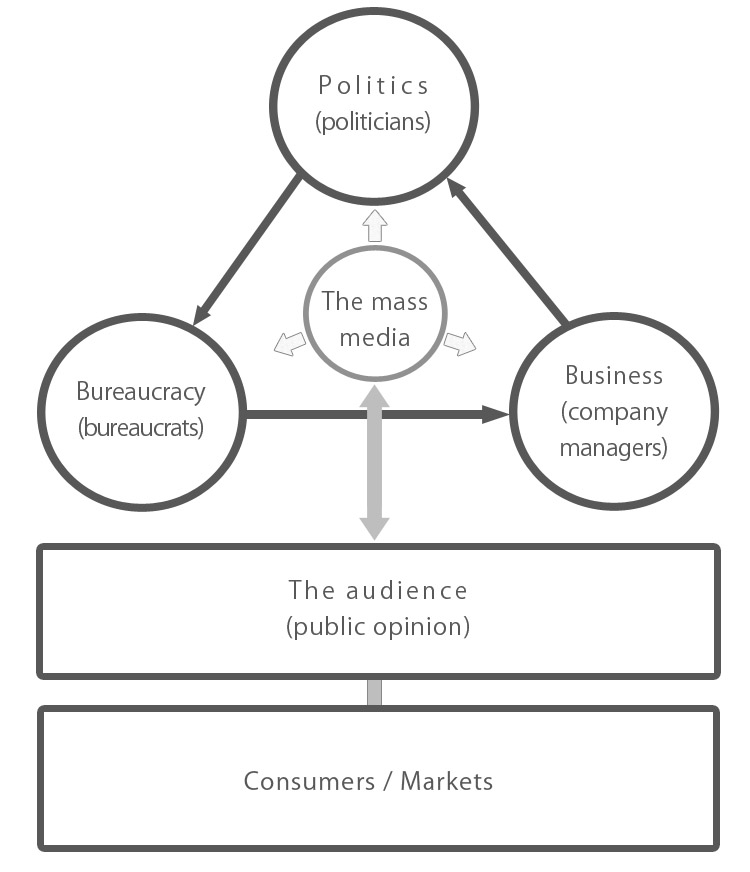 Therefore, we use our government contacts along with our Strategic Public Relations Life-Cycle process to reach and persuade government, their various stakeholders, and the Media.

Our client Concur Japan, as one example, sought to be the first to provide the Japanese market with an innovative cloud-based digital expense management solution, which existing laws and regulations in Japan at that time would not permit. After conducting research on the broader set of stakeholders in the market, a creative win-win strategy was developed in which the trade associations of competitors as well as potential large customers would all collaborate to jointly reach and persuade government officials of the need to deregulate the market. This approach combined with the use of Media Relations led to changes in legislation and regulations that enabled companies in Japan to be more globally competitive while also creating a new market for Concur and its competitors alike.

Government Relations can play a vital role in achieving your goals in the shortest time and in the most cost effective way. But it requires the kind of knowhow and deep connections with government along with effective and strategic public relations focused on the broad set of your stakeholders that Inoue Public Relations can provide.